pinkfairygran
Growing old as in the poem 'Warning'.. slightly disgracefully and ever so ditzily. Opinionated redhead, a Northerner, funny, intelligent, I class myself as a 'country housewife' and happy to be so. I love who I am, who I am with, being me and living my life as I choose with very little, if any at all, responsibility these days. As a writer I can't help make up stories all the time, and these may appear in the form of a blog, or part of one, from time to time, interspersed with real life... but as to where the fiction ends or begins, and fact the same, that is for me to know! DISCLAIMER... Any resemblance between characters in the blog and other people with the same or similar names, is totally coincidental. Photos are not of the villages(s) in question. Names have been changed to protect the innocent! 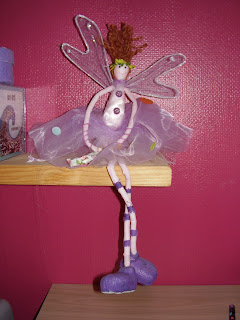 I have just finished reading a book by Elspeth Thompson about reclaiming life's simple pleasures, and in it she mentions the blogspot called Three Beautiful Things. The idea behind it is that each day the lady who owns the blog lists three things that she finds beautiful. They can be sights or sounds or feelings, but the idea that we count our blessings seems to me a good one, in these days when the news is full of doom and gloom to a large extent. Rather like a gratitude journal I heard about, where you write down the things you are grateful for at the end of each day, a way to remind yourself of the good things in your life, things we can often overlook or take for granted.

For me, my three today would be hearing from my first love, a series of emails and catchy-up photos. Not that he is beautiful, though at seventeen I thought him the bees knees and a good lookalike for Gene Pitney (and when he reads this he will howl with laughter at that!) But the idea that despite all that happened between us, despite it being forty-odd years ago, a friendship still exists, on a different level of course, but a friendship none the less, and how beautiful is friendship?

The pink fairy in the photo, who isn't traditionally beautiful, nor is she a traditional fairy, more like an alternative fairy, as I see myself as a bit of an alternative grannie as one of the ladies on the forum I belong to puts it. But she makes me laugh and is the origin of my name.

The fading beauty of the poppy I photographed (badly according to some!) which has now been hit by wind and rain and temperatures of two degrees last night, so has lost most of her petals, and those left are a beautiful dusty, musty lilac which looks as if it has been sprinkled with coppery dust... makes me think of Miss Faversham in her faded beauty.

These are the three beautiful things in my life thus far today.. by far the best though is yet to come, but that would make four, and three is the limit to write about.

I hope you reading this have three beautiful things in your life that you can list today.
Posted by pinkfairygran at 06:12

Yes it brought a smile to my face, how are things in Tulsa these days??

Counting blessings is always a way to unwrinkle a brow, get more sleep, enjoy a rainy or sunny day.

Three is a great number, and I count it among my favorites. But letting our minds allow blessings to accumulate ... three is only a beginning.

Thank for posting this. I remember reading a book by the Dalai Lama, in which he wrote of worrying as a negative meditation. As days grow shorter, nights grow longer, it's a wonderful time to let the positive thoughts grow.

Now that I can post comments I'm making the most of it!
My three - after my hubby (even after what he puts me through!!) my cats and the dogs - would be nights like we had on Saturday - Good friends, good food, good conversation. Gves a lift like nothing else. Pure tonic.
And then there are, emails from unmet friends, reading/writing blogs, and books.....

As soon as the chilly winds Abercrombie Polos initially start to blow every year as autumn sets in; people go to their closets Abercrombie Polos and pull out their sweaters dog coats and ed hardy Hats jackets to ensure that they are comfortable as the temperature drops. Your Ed Hardy Sale dog deserves this equal treatment so when you pull out yours, do Ed Hardy Sale remember to pull out your dog's warm dog clothes as well.If the night is chilly, but Ed Hardy Swimwear not quite freezing, even something as Ed Hardy Swimwear simple as a warm dog sweater will help you to keep your dog warm.